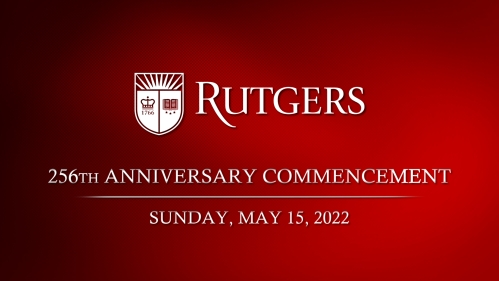 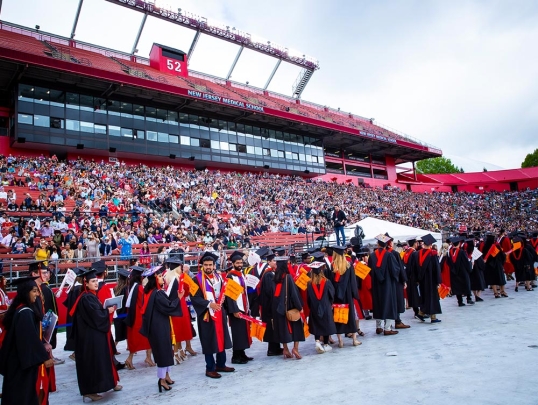 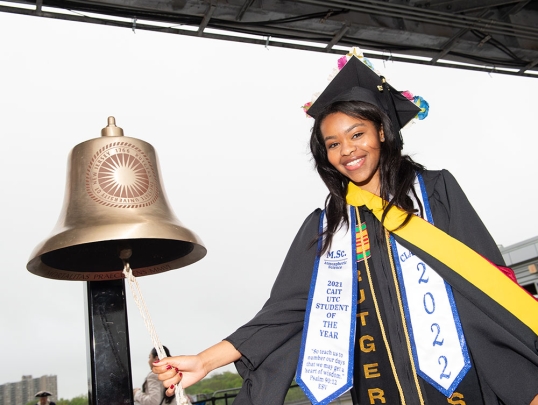 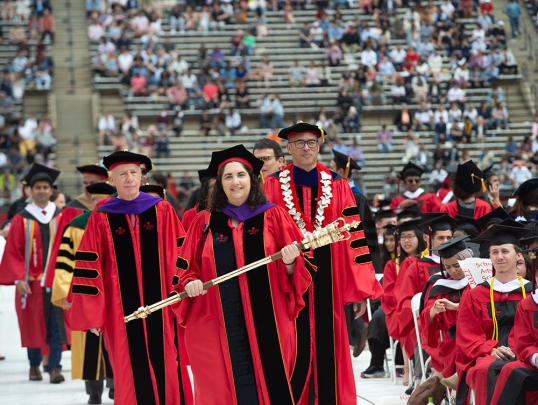 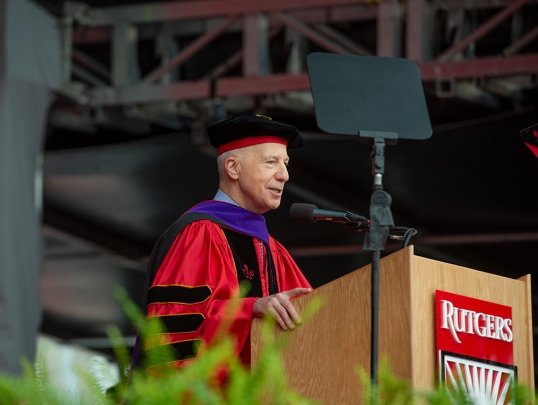 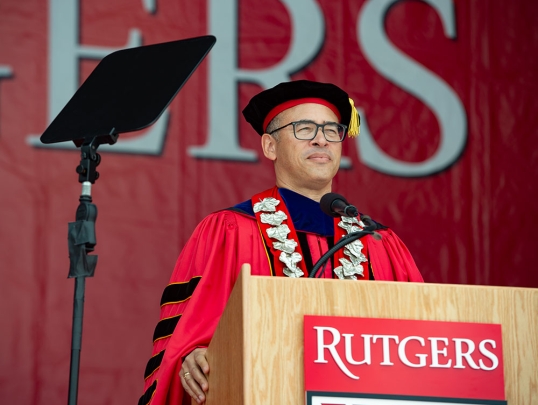 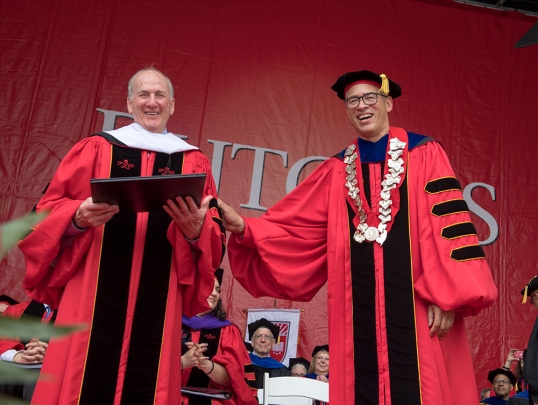 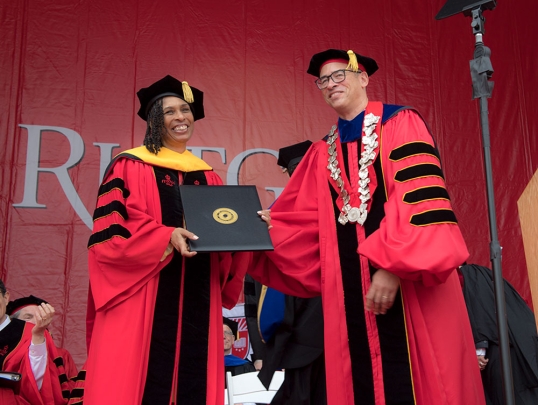 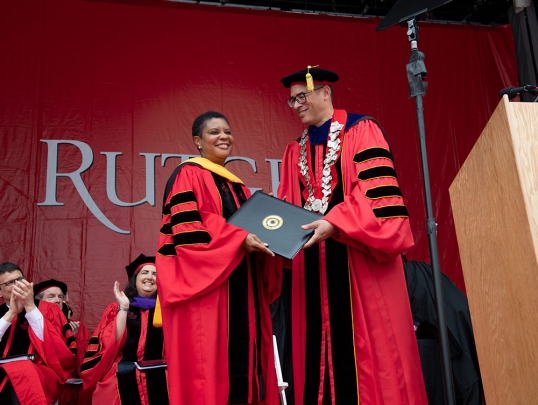 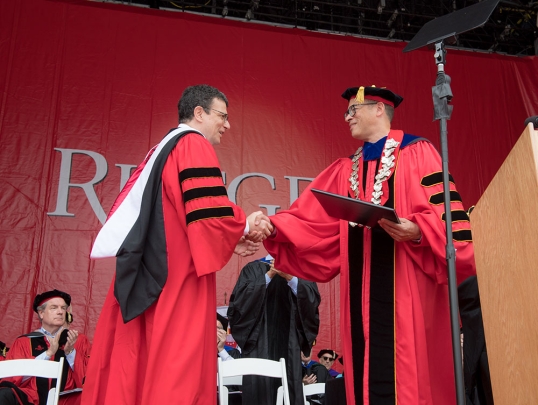 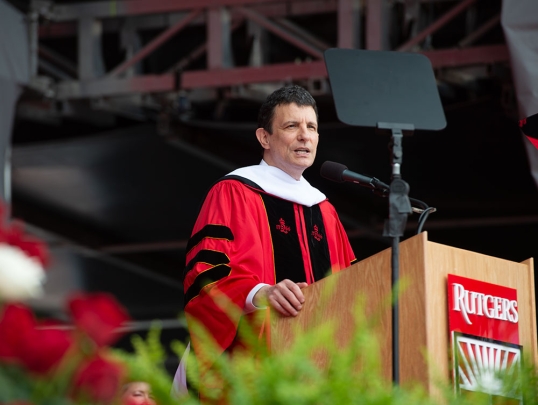 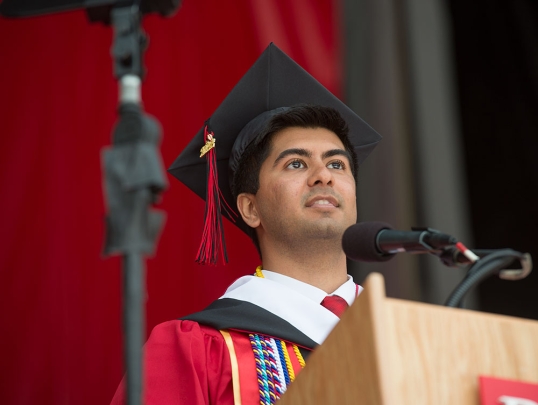 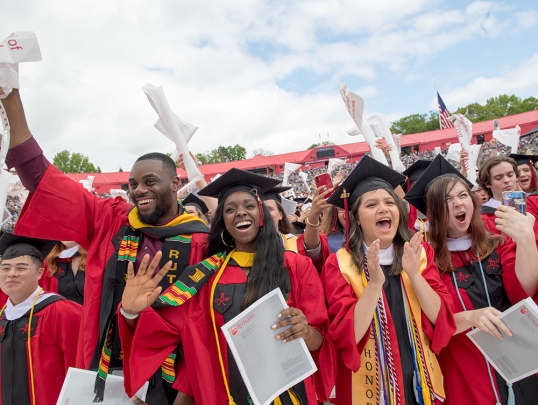 Thousands of family members and friends gathered at SHI Stadium to celebrate the accomplishments of the Class of 2022.

Lauren Hill-Beaton rings the Red Lion Bell to signify her graduation celebrating a tradition that dates back to 1771.

The Academic Procession is led by Kimberlee Pastva, Secretary of the University, as she carries the university mace.

Mark A. Angelson delivers the Board of Governors’ Welcome

Students celebrate as President Holloway confers their degrees at the 256th  Anniversary Commencement.

Graduates and guests who attended Commencement on Sunday, May 15, 2022 are asked to share their feedback. Your response will help us to plan future ceremonies.

Congratulations Class of 2022! Graduates' names from Rutgers University–New Brunswick and Rutgers Biomedical and Health Sciences are showcased on our website for families and friends around the world to view. 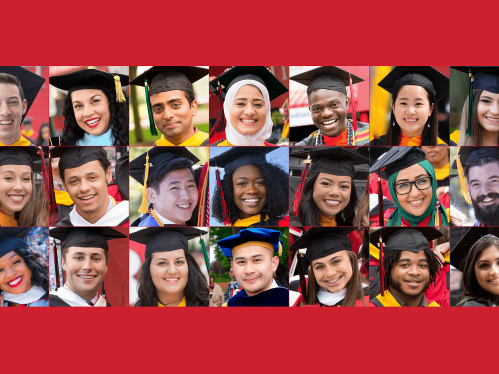 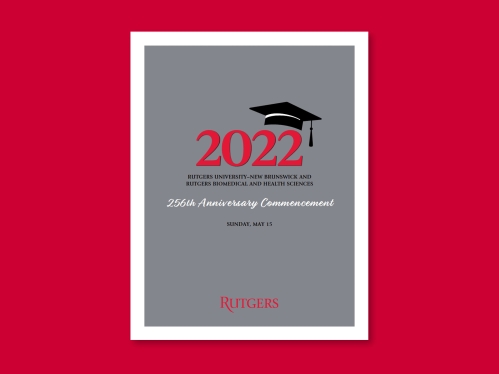 These individuals have distinguished themselves by making major contributions to their professions and communities. 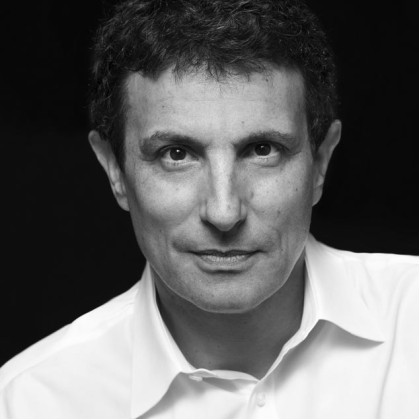 Remnick has been the editor of The New Yorker since 1998 and a staff writer since 1992. He has written many articles for the magazine, including reported pieces from Russia, the Middle East, and Europe and profiles of Barack Obama, Bill Clinton, Katharine Graham, Mike Tyson, Bruce Springsteen, Ralph Ellison, Philip Roth, and Benjamin Netanyahu among others. 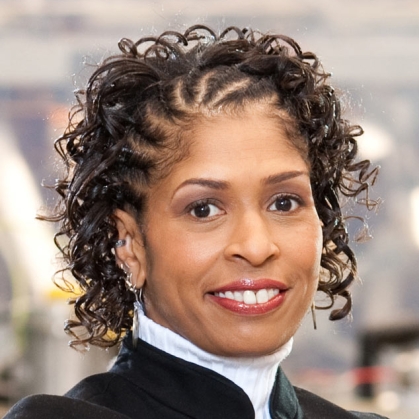 The first person of color to receive the Washington Award from the Western Society of Engineers, the first African American woman to receive a Ph.D. in mechanical engineering from Howard University, and the first African American woman civil servant to earn an engineering Ph.D. at the NASA Goddard Space Flight Center, Aprille Joy Ericsson currently serves as New Business lead for the Instrument Systems and Technology Division at NASA. 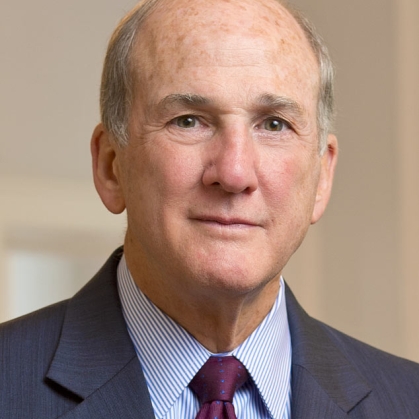 Robert Barchi served with distinction as the university’s 20th president, from 2012 to 2020, one of the most exciting moments of Rutgers’ long history. 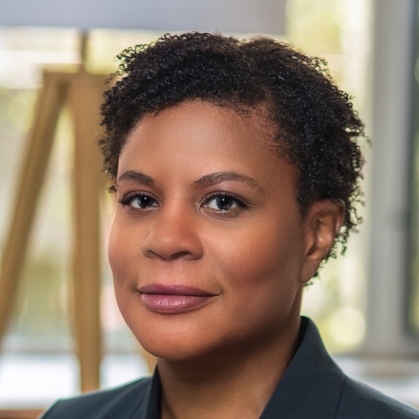 A scholar of science, technology, medicine, and social inequality, Nelson is the Harold F. Linder Professor at the Institute for Advanced Study, an independent research center in Princeton, New Jersey. She currently leads the White House Office of Science and Technology Policy and is a deputy assistant to President Joe Biden.

Your graduation will be remembered as a significant and memorable point in your lives and we are so excited to celebrate your accomplishments! Show your scarlet pride and invite your family and friends to support one of your greatest achievements! Make sure to use our official hashtag #RU2022. 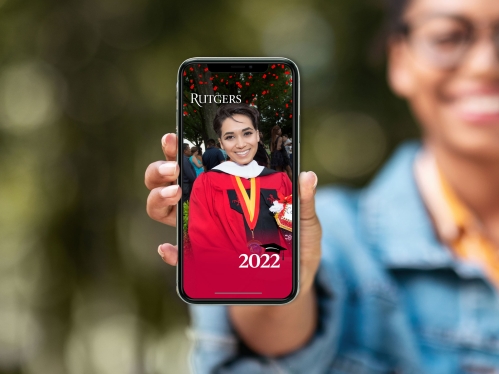 Celebrate this remarkable achievement with a gift for yourself or the special grad in your life. Even proud parents can get in on the fun! Class T-Shirts for grads, flowers, Kukui Nut Lei's and more are available. 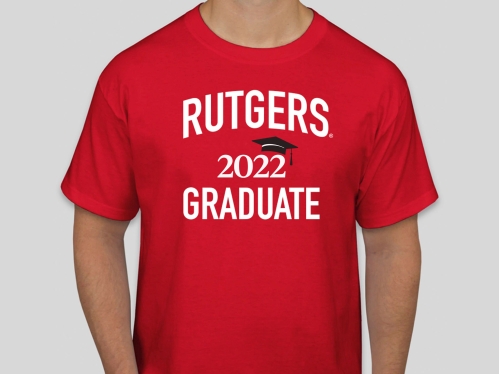 School Convocations, where graduates receive individual recognition and have their stage crossing moment, are held in the days surrounding Commencement. Please visit the School Convocation page for a list of ceremonies, dates, and links to your school convocation websites. 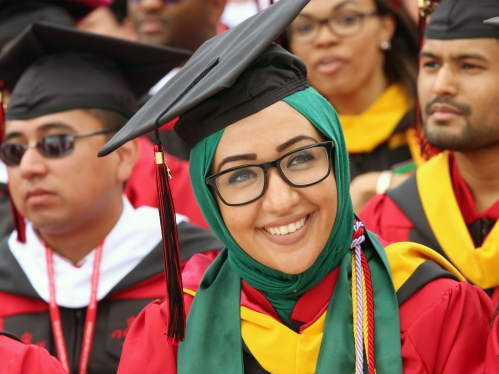 The health and safety of the Rutgers University community remains our top priority. We ensure that all in-person events are carried out in a manner that complies with CDC, New Jersey Department of Health, and Rutgers University guidelines.

If you are experiencing any symptoms of COVID-19, or have come in contact recently with anyone who has been infected with COVID-19, we kindly ask that you stay home.

All travelers, foreign or domestic, must adhere to the U.S. Department of State Travel Restrictions.

Please continue to check the event website for the most up-to-date information.