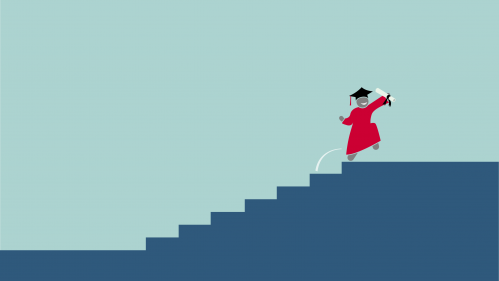 Rutgers University–New Brunswick and Rutgers Biomedical and Health Sciences Commencement will be held Sunday, May 14, 2023.

All students who plan to participate on the field at the stadium during the 257th Anniversary Commencement and in school-based Convocation ceremonies must wear academic regalia, consisting of cap, gown, and hood. Academic regalia is provided through Barnes & Noble at Rutgers. Order through February 28 for the early bird discount. 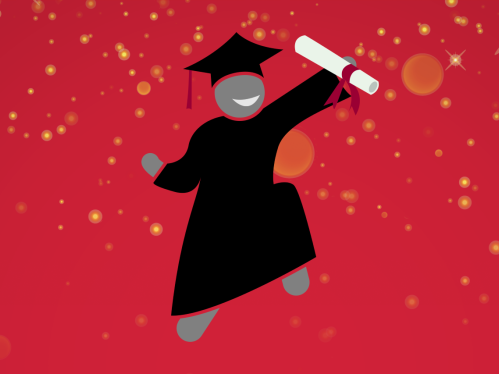 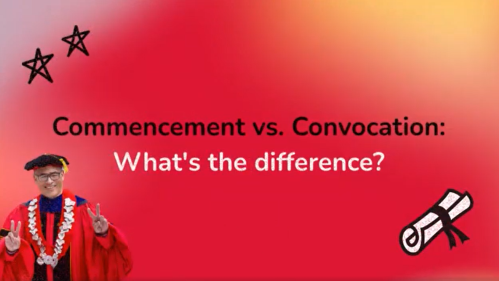 Commencement vs. Convocation: What's the Difference

The Red Lion Bell was gifted to Rutgers in 2011. It is named after the former tavern, the Sign of the Red Lion, where Rutgers held its first classes in the 1770s.

The gift triggered a new tradition at Rutgers. Students ring the bell at the beginning of their studies during New Student Convocation and at the end of their journeys at Commencement.

Graduates are encouraged to ring the bell to signify their graduation before descending the stairs to the marshaling area.

The breaking of clay pipes over the Class of 1877 Cannon in front of Old Queens symbolizes the breaking of ties with the college, and leaving behind the good times of one's undergraduate years.

The university mace, an ornamental staff symbolizing the authority of the president, is borne before the president in academic processions by the secretary of the university. The design of the Rutgers mace incorporates signs of the institution’s traditions and status as New Jersey’s state university. The head of the mace bears the university’s coat of arms and its seal worked in colored enamel and gold on silver, all surmounted by a facsimile of the crown of Queen Charlotte, for whom the university was originally named “Queen’s.” The long shaft is made of stained wood and silver on which are engraved intertwining ivy leaves, symbolizing learning; red oak leaves, representing New Jersey’s state tree; and violets, the state flower.

The mace was a gift to the university from the Raritan Valley Chapter of the Society for the Advancement of Management and the New Brunswick-Raritan Valley Chamber of Commerce, in recognition of Rutgers’ bicentennial commemoration in 1966. The mace was designed by J. Russell Price, director of design for the Gorham Manufacturing Company, and crafted by the Gorham silversmithing department.

On the Banks of the Old Raritan

In 1873, the Rutgers Glee Club commissioned Howard Fuller to write a formal alma mater that would inspire students and alumni. Fuller modified the song 30 years later. The Glee Club added verses in following decades as the university expanded and revised the piece in 2013 to reflect the composition of the modern student body. Whichever version you choose to sing, the song still stirs the hearts of loyal sons and daughters more than 140 years later.

Don't forget to decorate your mortarboard! The mortarboard is generally believed by scholars to have developed from the biretta, a similar-looking hat worn by Roman Catholic clergy. Today graduates personalize their graduation caps.

Think of your graduation cap as a blank canvas, where you can express yourself proudly. It’s the perfect place for an inspirational message, cute illustration, or photo scrapbook.

The Class of 1902 Memorial Gateway

Students are warned to avoid walking beneath the gate before commencement over a superstition that one who does so will not graduate on time.

Before the move of Commencement to SHI Stadium, graduating students walked in academic procession though Old Queens down Will's Way as the Old Queens Bell rang out and under the Class of 1902 Memorial Gateway on Hamilton Street leading to the ceremonies  held on Voorhees Mall.